Picking up the camera, it feels solid, even more-so than its predecessor.  It has the “look” of the 7D, (if you can quantify that) with the GPS antenna as a bump in the flash module.  There is something more refined about the texture of the outer skin that is different.  It is more of a matte surface than the 5D Mk III, and a huge improvement over the original 7D.  The camera feels solid, and fits my hand nicely.  Opening up its card slot, it has the same feel as the 5D MkIII, with a CF and an SD slot.  It borrows the same battery compartment mechanism from the 5D MkIII, and that is a good thing.  The new LP E6N battery takes a little longer to charge, but is of the same design as its forerunner, which was used in both the 7D and 5DIII.  I am a little upset that the new battery grip is not out yet, but it will follow shortly.

The ON/OFF switch and mode control dial is the same style as the 5DIII, though I think it is stiffer.  Turning on the camera, you are presented a simple time setting menu, which now allows for Daylight Savings time and time zone support.  Maybe now I can keep proper time on my camera!  Mine came preset to the “P” mode, making it simple for just about anyone to open the box and take a decent exposure.

Naturally, I started to think about how I shoot, which is normally not in the “P” mode, but most often either AV or MANUAL exposure.  So, I switched the mode dial, looked through the viewfinder, and began experimenting … what I saw next is perhaps the most mundane yet most welcome addition.  Any of the changes made with the top buttons now appear in the viewfinder as well as on the top screen.  Formerly, only ISO and Exposure Bias appeared.  When changing the AF mode and type (One Shot, multi, or rapid), White Balance, or metering method, these appear as red icons on the screen.  ISO and Exposure Bias remain on the bottom where they formerly were located.  Already, each detail of the camera feels more and more professional!

By now, it is dark, and my office is lit only by a single 40 watt bulb.  Peaking out the window, I see the street light is on, and I focus across the street on the awning of my neighbor’s shop.  The FLICKER  warning appears, and I wonder how badly this is going to slow down my picture taking.  I must confess, if it did slow me down, that time was imperceptible.  At the same time, I notice the new AF symbol and  Exposure meter on the right side of the viewfinder, ala Nikon, as I am in MANUAL mode.  I despised my brother’s Nikon, and this new way of seeing the actual exposure is going to take some getting used to.  The size of the bottom display where the exposure setting information is displayed is about the same size as the previous camera, and the right side exposure information is a bit smaller.  The advantage of having both displays is that you can see where you are set AND where the exposure will land … not always the same, so this is a nice addition, but will take some adjusting to use.

The whole back of the camera looks exactly the same as the 5DIII with the lone exception being the additional AF toggle switch added to the joystick.  This is a new feature which should add some ease of access to the functionality of the AF system.

Finally, I am ready to dive into the camera’s menu system, and I immediately feel familiar with the layout.  Even though some items have been added, the menu system is essentially the same as on the 5D Mark III.  Quickly running through the additions that stand out to me:

The advanced AF system in the 5D Mark III necessitated that every owner read the manual to figure out the capabilities of the AF system.  That system has been expanded on the 7D Mark II.  This is a professional level camera with very sophisticated controls.  It can easily be the best point and shoot camera you can currently find, but once you dig in, the treats will make even a pro sports or wildlife photographer very happy.

With no additional tweaking, I pressed the shutter button in my dimly lit office, and the autofocus was quick to respond.  At ISO 3200, the on-screen display of the shot looks like ISO 800 of old.  That is VERY impressive!  The color depth and line resolution at ISO 5000 are very usable, and even ISO 6400 is able to be pushed two stops without too much image degradation.  On the down side, I will probably have to upgrade Lightroom in order to process RAW files.

If you are looking for a crop factor camera that has excellent low-light performance, strong auto focus system, and more features than you will likely use, this gem will serve you well.   At $1799, it is not for beginners, though it will be a strong performer for them too.  This camera is a tool designed for sports and wildlife shooters, with benefits for anyone who does not demand full frame.  I cannot wait for my next game!

11-19-2014 EDIT:  The BG-E16 grip arrived today.  It is visibly better weather sealed, and matches the contour of the camera body better than previous grips, and the battery trays appear to be better designed.  If I were to venture a guess, I'd say that Canon got a new "hand model" for the grip.  It is bigger and heftier than its cousins, and the result is that my finger goes to the MFn button automatically rather than to the shutter release button.  It will take some getting used to.  While the grip adds all of the necessary functions, it is the first one that I have had that feels like an "add on" rather than an intentional piece to the camera.

FIELD USE:  the auto focus system in this camera is killer!  I have never used a 1DX, so cannot make a valid comparison, but it took very little time to adjust to this system from previously using both a 5D Mark III and a 7D.  So far, I have only used the JPG files from the camera at the default setting, since DPP is a royal pain to use and Adobe has not yet released their support for the camera.  That being said, I found ISO 3200 ideal for night football -- see photo below.  (with flash.  I wish the OCC 2 supported in camera control or the 600RT) 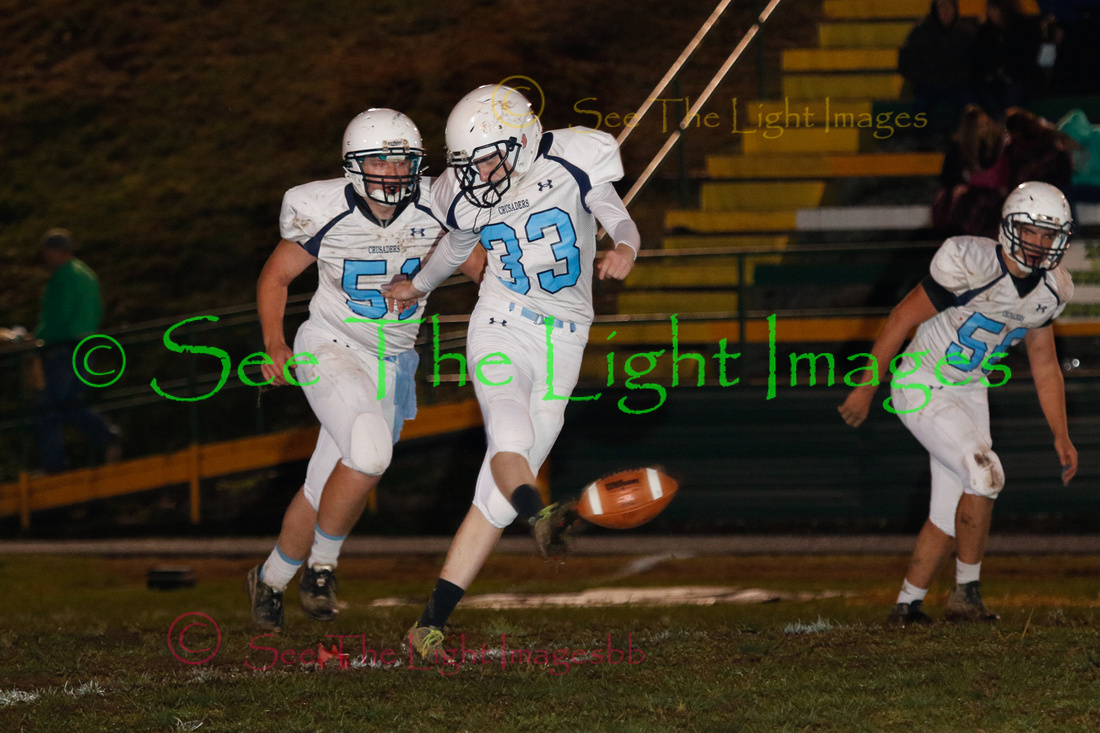