By the time the basketball tournaments were underway, folks were asking me about baseball and softball! Sorry I haven't had time to post anything until now.

The "rules" for shooting baseball are the same as for any other sport: combine action, emotion, composition, and light. Rarely do all of these come together in front of your camera though, so try for as many as you can. But the very first consideration is always safety.

SAFETY: Baseballs can be deadly.  They hurt and leave bruises on your thighs and give concussions or worse when they hit your head.  Bats do break, and pieces go flying.  Make sure that you are out of bounds at all times, and be extra careful the closer to home plate that you are. Safety netting will slow the ball down, but will not be of much protection to you or your lens if you are pressed up against it and the ball comes your way. If you get access to the photo wells at Stadiums, be extra careful, as balls do come your way ... usually at 90 mph or faster. One of the best tools for self-protection is to use the dugout as a barrier between me and the ball; I literally hide behind it and use it as a shooting blind! NEVER go inside a dugout without permission. Falsh photography is prohibited, as it can blind the fielders and endanger them.  If you are using remotes, they cannot protrude onto the playing area, even if mounted out of bounds.

ACTION: Fortunately, baseball is predictable as to where things are going to happen. Let's look at some of the specifics: 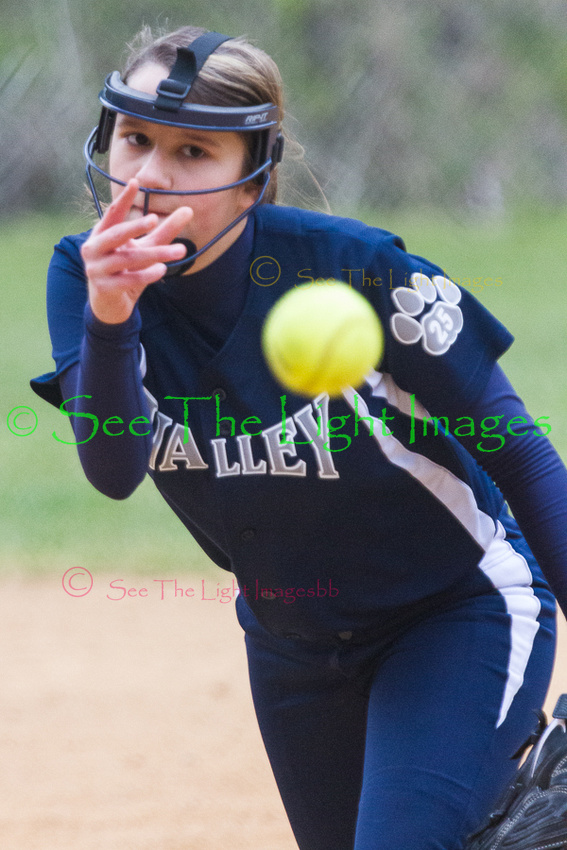 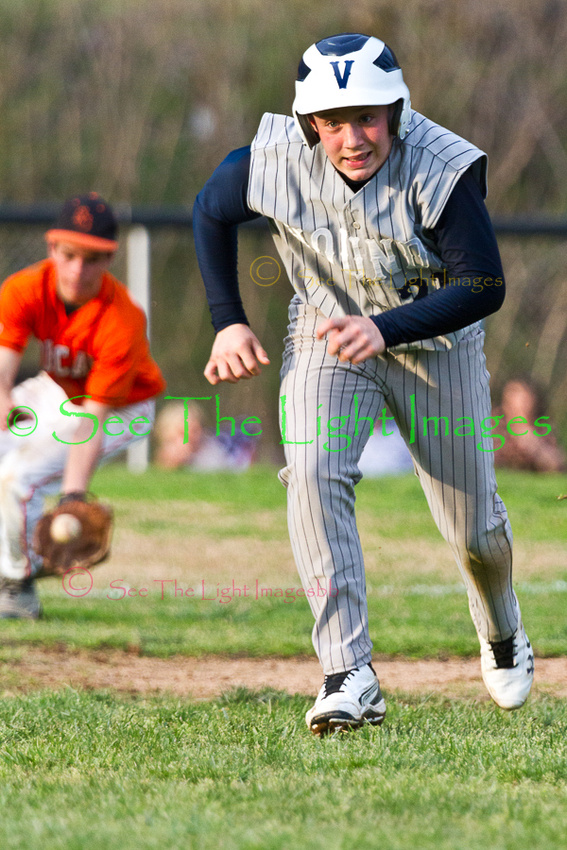 (sorry I cheated ... this one is running to third base on a base-hit!) 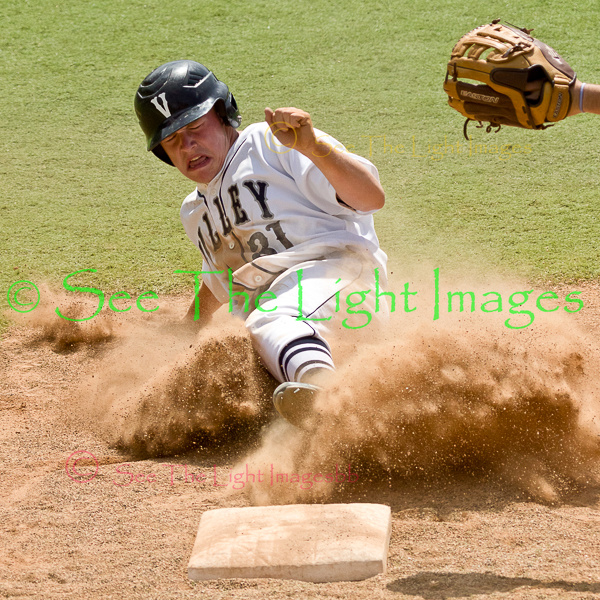 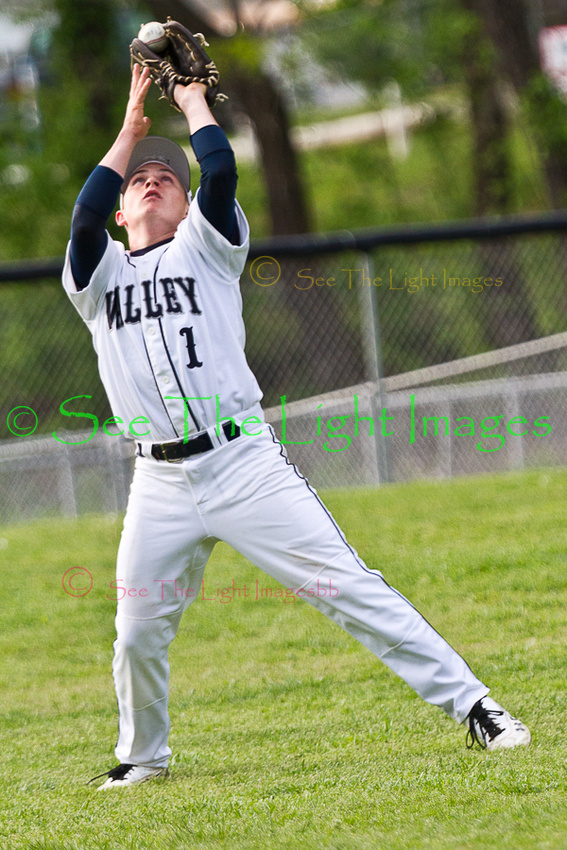 EMOTION: shots of players celebrating after a big play are always winners. Shots of emotion after losing can be extremely compelling, but be careful about sharing those. To add drama to ordinary pictures, get up or down. Getting a different angle is a simple trick to add mood. You add the feeling of power and strength by laying on the ground to shoot the slide into third base, for example. 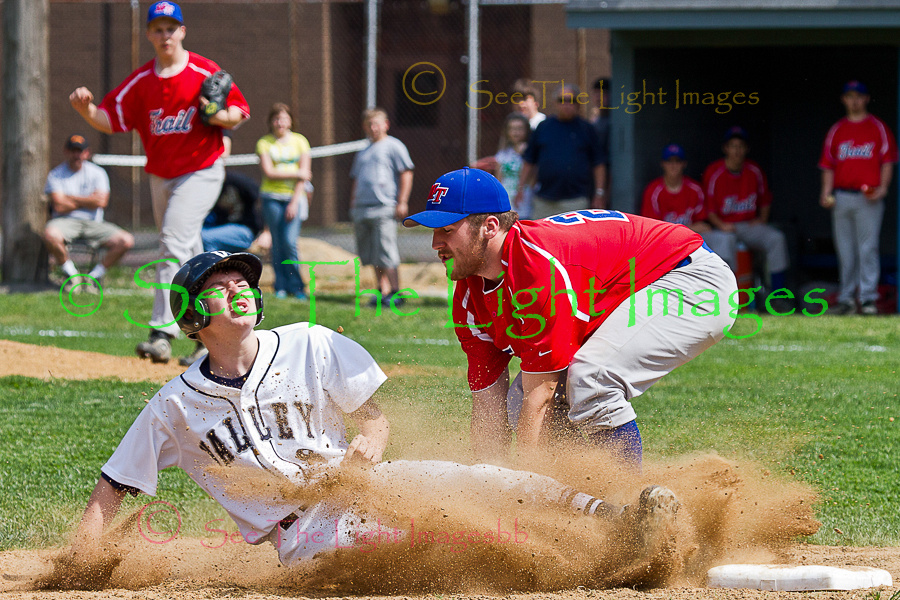 COMPOSITION: All of the rules of composition still apply, and your shots will be more compelling if you are able to add compositional elements. 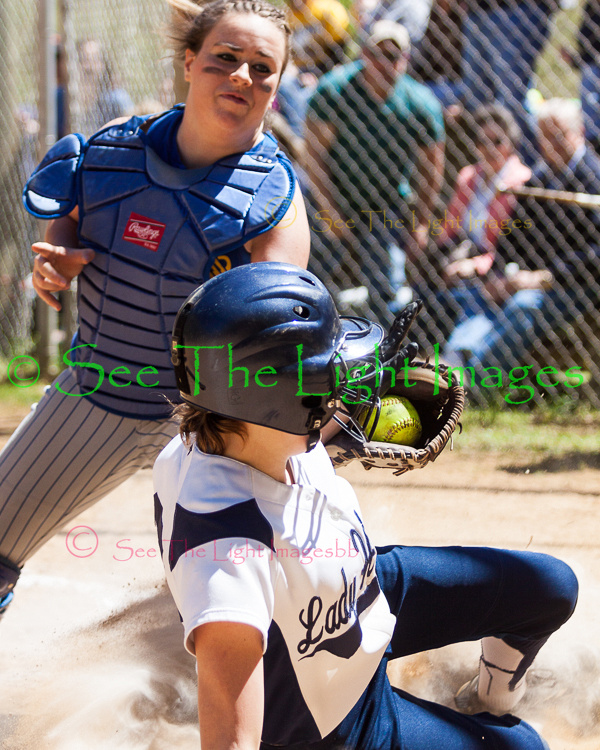 Here, the opponent's eyes are in the shot, and the runner's eyes are implied.  Peak action and the ball make up for not having the runner's eyes.  The conflict of the moment is great because the call has not yet been made.  If you already know safe or out, the shot is too late! 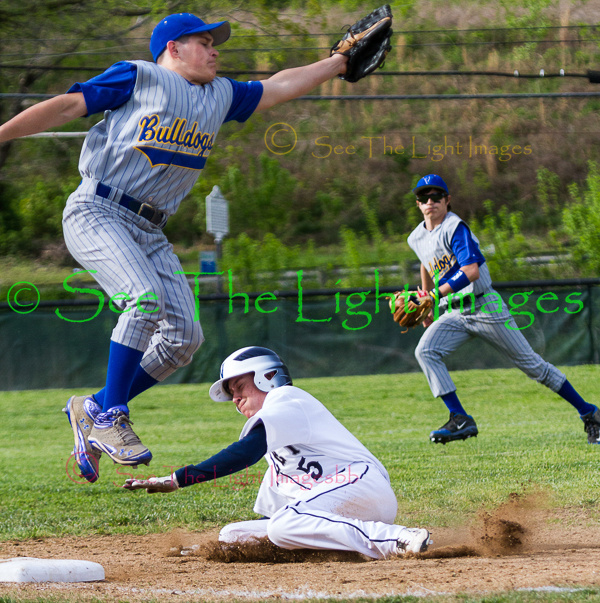 LIGHT:  As photographers, we already know what light can do for an image; the word photography translated literally means "light writing."  Yet, most of our pictures fail to consider, let alone capture this essential dimension.  But when we do .... the results can be stunning!  One of the things to consider with Baseball is how to best take advantage of the light that you are given on the day the game is being played.  Is it bright overcast?  Is it hard mid-day light?  Is it directional light?  Can you be where you need to be to take the greatest advantage of that light?  You might be treated to a sunset colored sky with stadium lights and a field full of activity or you might be given beautiful Rembrandt portrait lighting or you might get bright overcast. Use what lighting you have to your best advantage, because once the stadium lights come on, you are done unless you are at a major league field.

Finally, especially with younger kids, you might want to look for something other than the planned on field action.  They can provide you with much entertainment whether they are playing the game or just being kids! 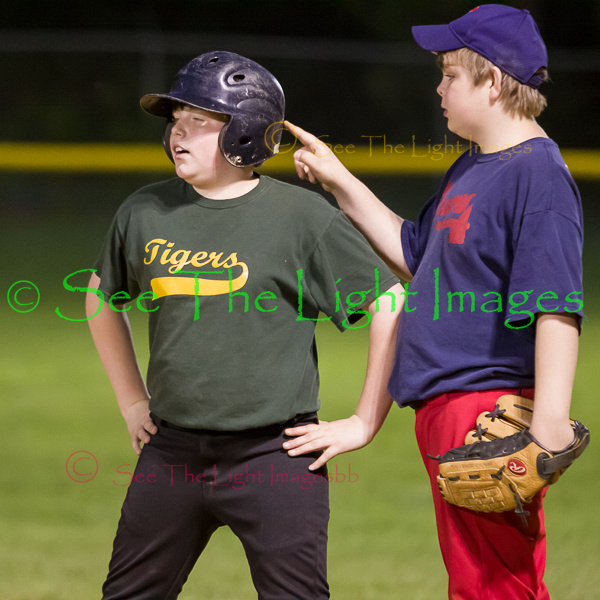