How good are your pictures?  I was going through my collection of pictures from the last few years, and learned alot in the process.  Taking the time to seriously review your images allows you the opportunity to see if you are as good as you thought you were.  I am not.  The more that I learn about photography and art, the more I realize that I really have a long way to go.  In eight years worth of photos, I have racked up a grand total of 11 pictures that I like.  Granted, this only counts the travel / landscape / fine art genre, and I primarily have been shooting sports for the past five years, but still .... eleven?

According to one pro that I talked to a few years back, that is probably a pretty good average.  He said that if he got one excellent photo a year, he was happy.  The thing is, my one may not even rate in this guy's portfolio!  My eleven photgraphs come from a collection of almost 28,000 images taken over the past eight years.  As I reviewed them, any number of reasons kept me from rating images higher than I did.  Some were soft, others were not properly exposed or out of focus.  Some were just plain boring.  I found myself knocking some of the ones I rated a few years ago down a notch or two.  I even deleted some that were marked as keepers because I would be embarrassed to have anyone find them in my collection!   Truth be told, I should probably delete about 25,000 more.  I'd still have plenty of memories remaining, and the albums would be far easier to look through.

One of the things that I realized was that it took me four years of shooting before I was really able to go out and find an image on my own.  (This is with no formal training.  I suspect that those who go to school for these things might catch on a little quicker!)  That's right, in the first four years, I have exactly one image that I rated a 3 or better that was taken on my own.  I have three others in that same time span that were taken while out with others.  Lesson here:  I do better when playing with others!  You might too.  There is great value in workshops and camera club outings in that they challenge you to stretch your limits.  Do that while your passion is still young and burning, and you will have a great head start.

By the way, my favorite image from that time was taken in Kingston, Jamaica on a Mission trip.  Technically, not perfect, but it is expressive.  We were at a small school on the wrong side of the tracks in third world conditions, and at lunch time, the kids from this poverty stricken area enjoyed playing with the big college guys.  Matt just was not sure what to make of all the chaos, but the girls loved him, and getting their pictures taken.  (ISO 3200, f5.0, 1/80th) Lesson two:  ALL of the pictures I have ever taken needed me to learn more.  Even looking at the ones I like, I am confronted with those nagging thoughts about what I could have or should have done differently.  To be at a location at a different time, to use a flash, to move the camera three inches to the left .... the list goes on.  Yet rarely was I limited by the gear I carried.  Yes, even back when I had a lowly 8 megapixel camera with a mid-level lens, it was not the gear that I posessed, but the knowledge and skill that I lacked that limited me.  Same can be said today.  .... so it really is not the gear that makes the photographer.

Here is an example: If you look closely, you can see that there really is not much detail in the trees and bushes on the far side of the lake.  I chalk that up to camera shake (I didn't lock the mirror up for the 1/10 second exposure on my 20D) plus the wind rushing across the mountain top kept the leaves moving.   This was three days in to Michael Frye's "Hidden Yosemite" workshop back in July 2005, and I was proud of myself for getting the exposure correct!

To this day, water is one of my favorite things to photograph.  It inspires me in all of its forms.  Here it is even in this NYC skyline photo. 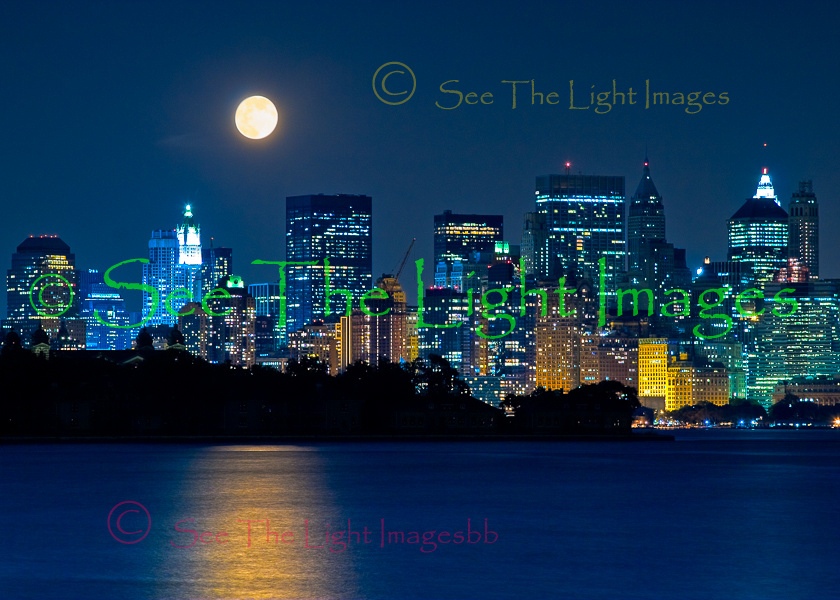 To be a nature and landscape photographer requires that you make time to be out in all kinds of weather, sometimes even when people far wiser than us stay home or take shelter.   That is when you can capture the best mood and drama.  Being able to express that mood, what captured your emotions, the reason for triggering the shutter in the first place is what makes for excellent photographs.  The rest is simply the technical expertise that allows us to do so.

Whether we are shooting people, places, or things, three things coming together at the time of making the image is what will transform it from an ordinary snapshot into a photo that evokes a response in others.  Those three elements: 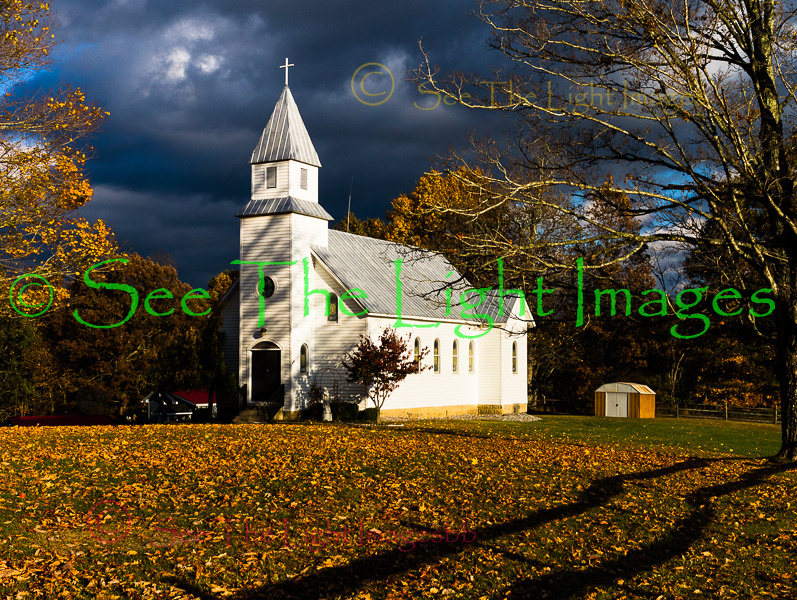 Low lying fog would have knocked this image out of the ballpark, but even without it, you get a strong sense of conflict with the ominous storm clouds in strong contrast to the brightly lit church.    It is a landscape scene that sets the stage for the battle between the forces of light and dark, aka:  good and evil.  Any other time and this would have been just another quaint country church.

Now that I have the basics under control, its time to get the creative juices flowing.  My prayer is that when I revisit this task in three, five, or ten years, I will have a whole lot more than 11 images that I like from that time frame.  My guess is that I will.   :)